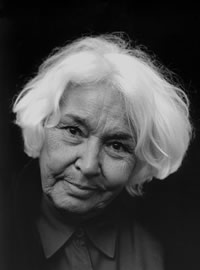 The first of a two-part series on Egyptian women writers for Words of Colour – interview with writer, feminist and activist Nawal El Saadawi who received the Women of the Year Outstanding Achievement Award in London on 17 October 2011.

The Egyptian writer, feminist and activist Nawal El Saadawi has said that danger has been part of her life ever since she “picked up a pen and wrote”. She first did that in a meaningful way when she was a 10-year-old living in the Nile Delta and writing a diary. It was then, as she saw the power of the political and religious authorities, that she began dreaming of revolution.

In the 50 years since her collection of short stories I Learned Love was published, El Saadawi has certainly encountered danger – she was dismissed from the Ministry of Health in 1972 after writing her book Women and Sex, was later imprisoned by Anwar Sadat’s regime for alleged “crimes against the state” and had to flee the country for the United Sates on numerous occasions because of threats to her life.

Now aged 80 with 47 books to her name, El Saadawi can say proudly that she has not only endured danger as a result of her writing, but that she has seen some of her dreams fulfilled in Cairo’s Tahrir Square this year. “It was marvellous” she says, remembering the uprisings that led to the overthrow of President Hosni Mubarak in February and the camps in Tahrir Square. “We were like a new family.”

It was while working as a doctor in her birthplace of Kafr Tahla, and then a psychiatrist, that El Saadawi made the connection between women’s physical and mental health problems and the oppression of patriarchy, social class and imperialism.

Since then she has written many books on the subject of women in Islam and much of her work has focused on the practice of female circumcision, which she herself endured.

“I am a medical doctor. I started as a surgeon, so I deal with blood in reality, but also I am dreaming, so I have this mixture,” she says. “I don’t separate between writing and fighting. I live what I write and I write what I live. I am not one of those writers who sit in an ivory tower and theorise.”

Believing that “nothing is more perilous than truth in a world that lies,” El Saadawi sees her treatment by the regime as a natural consequence of the fact that she is against the system. “They should be afraid of me because I am a threat,” says El Saadawi, who teaches on the subject of creativity and dissidence.

She also plans to launch an annual prize to recognise a young creative person who is “trying to change the world and fighting for freedom, justice and dignity”. Such a prize is needed, she believes, because existing awards do not go to those who are working outside or against the system.

Her books have been translated into over 20 languages, but El Saadawi says she gets little recognition among other prominent Egyptian writers, particularly other women writers. “I think it is politics. I think they are afraid of the feminist label, the socialist label, the dissident label. They want comfort. I’ve been to prison. I am still a poor woman. I am not rich. Dissident writers in any country never become rich.”

This article appeared on Words of Colour on 25 November, 2011